I don’t understand how ten years have passed since Jesse was born. I’ve looked at photos. I’ve aged at least 20 years in that time. Maybe it’s because I’ve lost so much sleep; maybe I’ve been awake during the gone decade as much as normal people are awake in 20 years.

Motherhood has been a challenging, emotionally exhausting journey with Jesse, a climb made tougher by our mutual self-loathing and cynicism, her developmental quirks and tics. Some days it feels hopeless, what with the keening and whining issuing from both our mouths. I wonder sometimes if she’ll ever be happy.

Jesse struggled through her green belt testing for tae kwon do last night; it was preceded by hours of extreme performance anxiety, expressed in pretty extreme  ways. Anthony reported that after Jesse messed up some moves a little during testing, she started crying. She kept crying, and she kept going. So I was proud. But I wish she could have had more fun, like most other kids, and felt more pride.

When this tae kwon do studio gives a child their new belt, the instructor always asks: now that you’re a higher belt, what do you plan to change and improve in yourself? I asked Jesse to consider this answer for when she receives her green belt and has to announce to the class what she wants to change: “cry less, have more fun, and take things less seriously.” She looked at me sidelong with a  contemplative green eye and said nothing.

On Jesse’s birthday, after she and Nick went to sleep, I pulled out the external hard drive and rummaged through a decade of photographs. They tell a different story of Jesse than I tend to remember, one filled less with sadness and more with joy. Maybe I’m the one who needs to cry less, have more fun, and take things less seriously. (I’m looking at myself sidelong right now, with a contemplative brown eye.) Maybe all the unhappiness Jesse experiences is just on the surface. Maybe under it is something deeper and stronger than the bitter pills of Jesse’s anxiety and miserable self-esteem, something more abiding.

Jesse was born just 5 pounds and 14 ounces, a diminutive doll with porcelain skin, eyes of violet and a passionate temperament that could move her from raw rage to uncontrolled glee in a blink of her enormous puddly eyes. 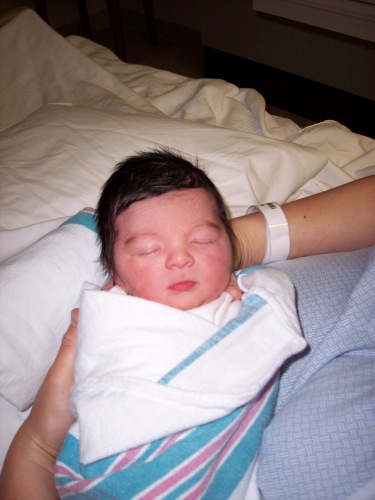 one hour into life

Dang, she was a cute wee thing.

Her eyes eventually turned to green 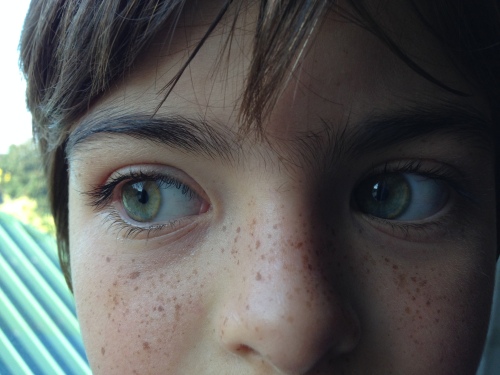 but not much else has changed.

The photos I looked at showed me a little girl with an abiding love of the outdoors. 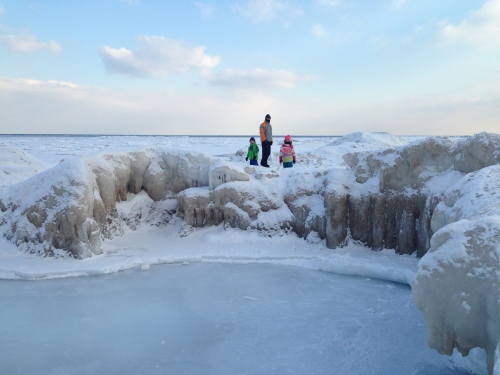 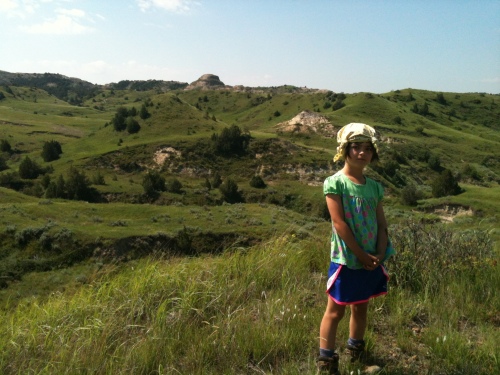 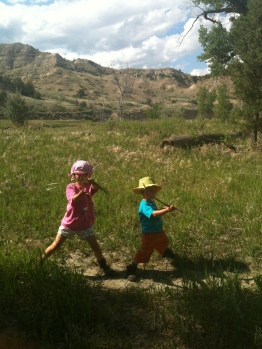 A little girl with loving and connected relationships with her parents. 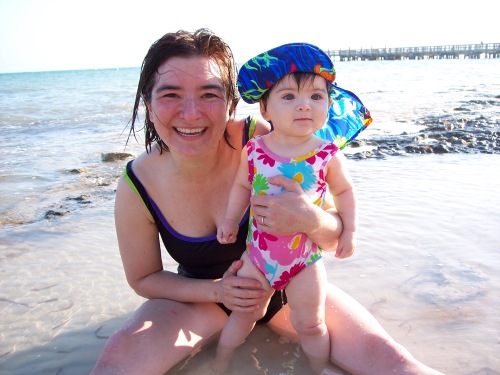 A little girl who’s sweet on her baby brother. 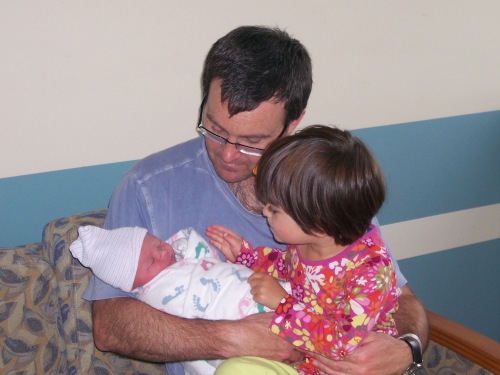 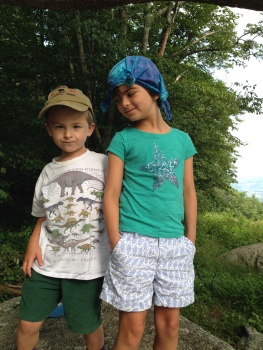 A little girl who’s not afraid of a little magic. 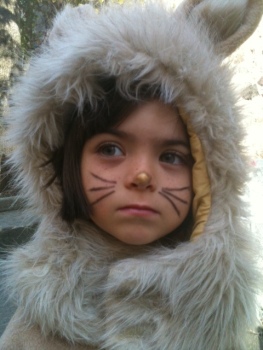 A little girl comfortable with silliness and individuality. 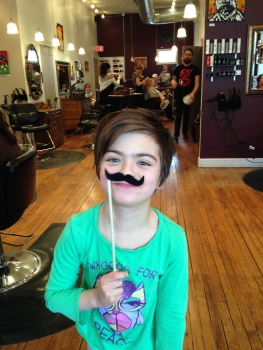 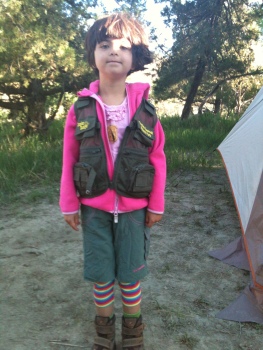 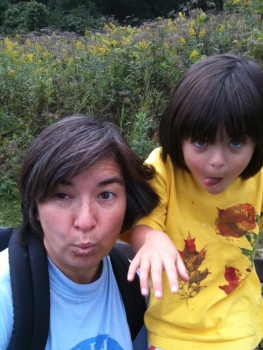 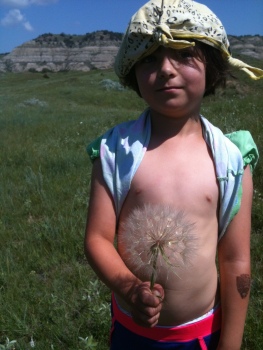 A little girl made of strength and sass. 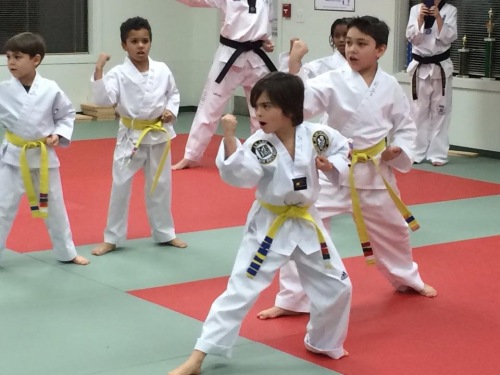 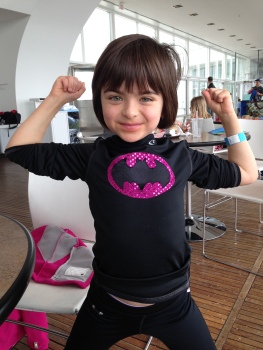 A little girl who experiences stress, to be sure.

But who also has courage enough to take risks and partake of triumphs. 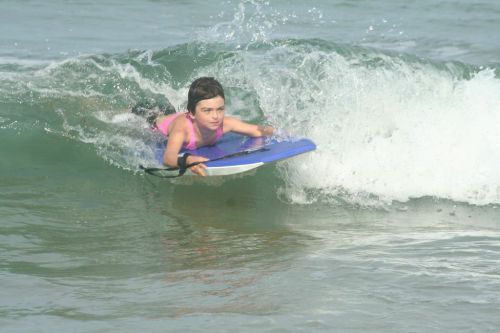 A little girl who knows how to revel in simple happiness. 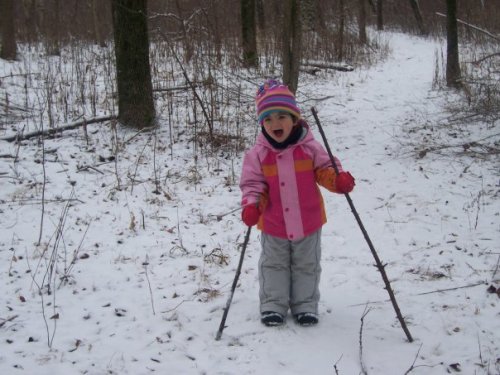 And in recent pictures, I can see shadows of the woman she’ll someday be. 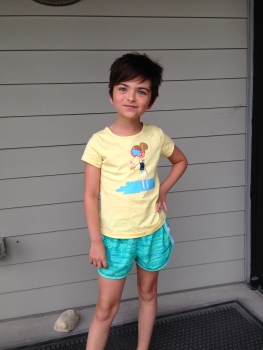 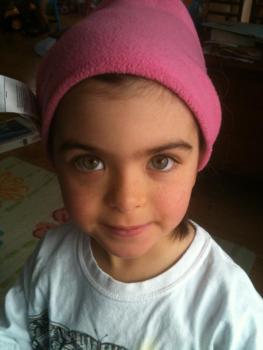 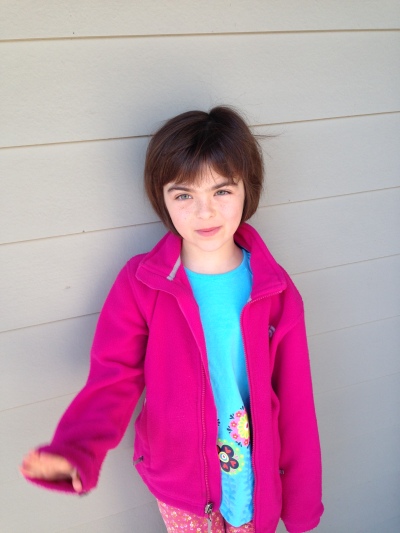 I love so much about Jesse. She has courage without boundaries, and I know this because she soldiers on despite her endless parade of fears and anxieties. She’s passionately altruistic, generous, introspective, intuitive, critical. She has an artist’s eye and soul. She sees what’s beautiful as readily as she sees what’s ugly. She strives. It’s practically trite to say that I’m blessed to have her as my daughter, that she embodies so many qualities that I cherish.

But I can also say this. Even if Jesse was a coward, selfish, shallow, emotionally blind, vapid, unkind, lazy, ugly — even if she was all those things, I would still love her. Because I’m her mother. And that’s good enough for me in this life.