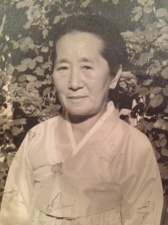 A few weeks ago after a couple extra trips to the swimming pool with the kids, I developed a painful itchy rash over much of my body, including my face. A gift of Wisconsin’s arid winters, I suspect. First I looked like I’d spent too much time in a tanning booth. Then the skin became extremely dessicated and wrinkled for about a week as it healed, especially around my eyes. One night as I stared at the strangeness in the mirror, it occurred to me that I was seeing myself in about 20 years. Since I live in please-don’t-let-me-grow-old America, I’m sure I was supposed to say EEEEK and start googling local providers of face lifts and acid baths. Americans think aging is ugly, and we’re obsessed in the ugliest ways with not growing old.

But looking in the mirror, that’s not how I felt. I pictured myself 20 years in the future, and I thought I looked pretty good for 67. I even thought I looked beautiful as I laughed at my image. I’ve always thought old women look beautiful.

When I was very small, I believe I spent most of my waking hours with my grandma. I have photos of her, but they’re nothing to my memories. She was beautiful beyond the dreams of little girls who’ve seen too many Disney fairies. She was my binkie. I have simple and happy memories of her. I remember learning to read in Korean with her. She took me to my piano and dance lessons. She sang children’s rhymes and hymns to me. We’d walk through the streets of Seoul — in my child’s memory they were either scary alleys surrounded by massive concrete walls or scary multi-lane roads filled with insane drivers — and stop for treats from street vendors and small shops. She took me with her to the rice miller, where we watched the rice flour come out the end of the mill. I loved sleeping over at her home, an old-fashioned little two-bedroom place with floors heated by coal, Korean-style. We’d walk there from my parents’ house. She made me rice and eggs with soy sauce, and we drank barley water. We cuddled up together and watched Korean variety shows on her tiny TV. We played funny little kids games, and she told me stories and myths on demand, mesmerizing me like a Royal Shakespeare thespian. She kept a coffee can in the bedroom for a chamber pot in case I had to pee during the night. For real. I remember using it.

By around the time we moved to the United States in 1976, when I was 10, Grandma was living with my uncles in Seattle. I don’t remember whether she came here before or after us. I just know that it meant I didn’t see her as much. She would fly to California once in a while to stay with us. She slept on a futon on the floor in my room, and I felt like we were reliving some very good times. I remember her sitting one night at bedtime, putting on lotion and looking at the skin on her arms. She said to me, “I’m getting old, aren’t I. Look at my wrinkles.” She must have been somewhere in her 60’s at the time. At 11, this idea startled me, but my reply came easily and honestly. Not to me, grandma. I think you look young and beautiful. She chuckled and nodded. Now I think back and it seems that she was rueful, or maybe (I can hope) she was grateful to have me with her in that moment.

Shortly after that conversation, maybe even on the same trip, Grandma had a massive brain aneurysm that sent her to the hospital. She had two life-saving surgeries that took many hours, she was hospitalized for days, and she was severely incapacitated as a result. My memories of what followed aren’t clear, except I know my mom was emotionally incapable of handling the situation, filled with grief and rage and guilt. Grandma regained speech and bodily control eventually, and she went on to live another 20-plus years. Her thinking and behavior were obviously altered by the aneurysm and surgeries, and there was a sort of sunken spot on her forehead where they must have had to do something to her skull to get to the clot quickly, but she never stopped being utterly beautiful to me. I always thought she aged wonderfully. She wasn’t mean or bitter, and it seemed to me she had a simple faith that made her not worry too much about things; and so there was a clarity to her face and eyes, and her mouth didn’t turn down in a way that spoke to a lifetime of unhappiness or misery.

In the last years of her life, I barely saw Grandma. I was a busy lawyer in Washington, D.C., and I had lost most of my Korean so I couldn’t communicate well with her. I sent her flowers now and then, I showed up for her 90th birthday party. It wasn’t much, but I hope she knew how much I loved her anyway. One spring, I flew to California with Anthony. He had a conference in the Monterey area, so we doubled up a short vacation with a visit to my family. It so happened that just then Grandma fell very ill with pneumonia and was hospitalized. Since I was already in California, it was a small thing for me to grab a couple plane tickets and fly up to Seattle with my mom to visit. So, a week or so before she would die, I was able to spend a few hours with my grandma in the hospital.  She was well under 5 feet tall. I remember the nurse coming in to check her feet for something.  She lifted the covers gently and found nothing. Look higher, I told her dryly. We giggled a little, but the situation wasn’t funny. Grandma was suffering. She was about 91 years old, ground down with age and illness, skinny, her breasts shrunken to nothing. But she was still so beautiful, and not even the cloudiness in her eyes could hide it from me. I felt like a little child again. She patted my hands, petted my head. She sighed occasionally, backed by 90 years of experience and feelings I couldn’t possibly fathom, murmuring “ooh-lee eh-gee” and “ah-gah-shee”, my baby, my little darling. In a lucid moment, when she wasn’t hurting too much, she held my hand and, in mild exasperation over my uwillingness to conceive yet, blessed me. It’s okay, Carla, she told me.  You can just have two kids, a boy and a girl. That’s enough. Have a good life.

And indeed, Grandma’s blessing is my reality today. In my opinion, anyone who thinks growing old or being old is ugly, anyone who thinks wrinkles are ugly, has lost touch with a lot that matters. When I looked into my grandmother’s beautiful, wrinkled face, I never saw age. I saw who she was, my sweet grandma who would pretend my stuffed animals were peeing on her and give me airplane rides on her feet. I saw love, right to the end. I hope someday I can also be a wrinkly, grizzled old lady laughing with my grandkids. If you think I’m ugly when you see me then, I really won’t care.

A joyful Carla and her doting grandma

6 thoughts on “grumpy about aging”