Merry Christmas! Ho ho ho! I stayed up too late making magic for the kids, so I’m really tired. My fingers are numb and arthritic from putting together 4.2 million Lego pieces. I was almost reduced to tweezers; my eyes are permanently crossed. My grip is exhausted from trying to rip open cardboard boxes and put together the stupid Hot Wheels set Jesse insisted Santa would bring. (He did. It’s awesome. At least, it was awesome for the 5 minutes she played with it this morning.) My stomach is distended beyond all reason from overeating.

But still, it was a really amazing Christmas and I’ll save the grumpy tales for tomorrow. Jesse has never made it through a Christmas season with so much attention to simple happiness, and with so little affectation of anxiety. It was the best Christmas gift ever. Nick was a five-year-old enjoying his first fully conscious Christmas, full of wonder, curiosity, joy, and greed. We didn’t have to get up too early, and I only yelled at the kids a few times (and really, it was my own fault for getting them the three-foot-long light sabers).

The Star Wars Legos, which consumed me for way too many hours, were well received. “Whoooooa, it’s exactly what I wanted,” said a tiny, awestruck voice from the living room.

The hexbot car thingy went over well, and the house wasn’t too trashed. 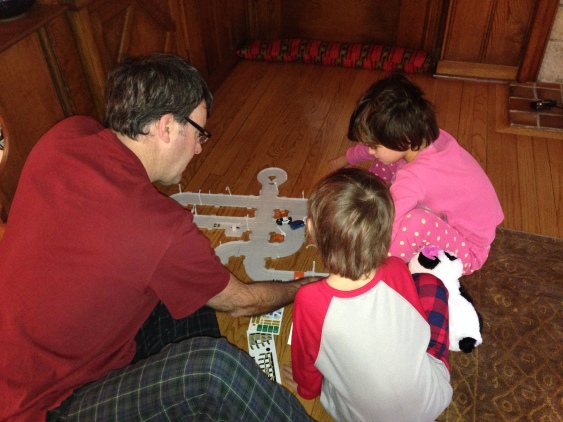 Jesse got me an elf apron.

And really, after putting that on, nothing could bring me down. (Except for maybe this picture. Gawd, go on a diet FINALLY girl. Too much chin and cheek.)

Jesse put together an apple galette, and she didn’t even spit or cough on it.

When we were good and stir crazy, we grabbed the remote control helicopters and a few dragons and headed over to a park with a large field, right next to Lake Michigan. We flew things, chased the dog, and wandered down to the lake. On the trail to the lake, Nick and I avoided all the zombies, vampires and witches, probably because he let me vaccinate him with my kisses.

We even found a magic portal. 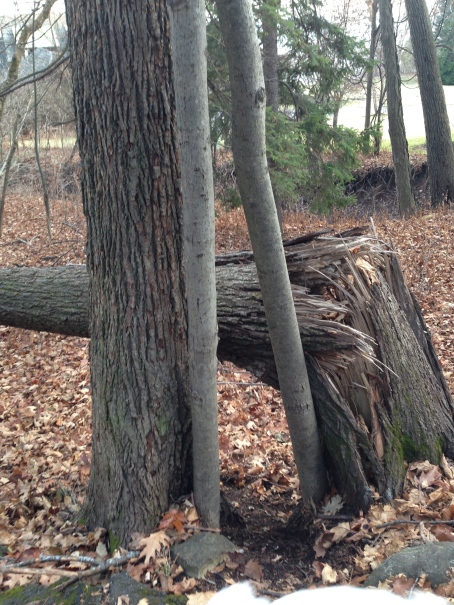 I told Nick that if he crawled through this strange little doorway created by the two saplings, he might find himself in another place, someplace magic. He didn’t want to do that. I did, but I didn’t fit. Oh well. On we went to the magical lake.

There was no snow on the ground, but the beautiful day made up for it. We wandered cheerfully down the beach, breathing in life and enjoying each other’s company. Anthony found a big stick, and like a good dog he carried it down the beach. 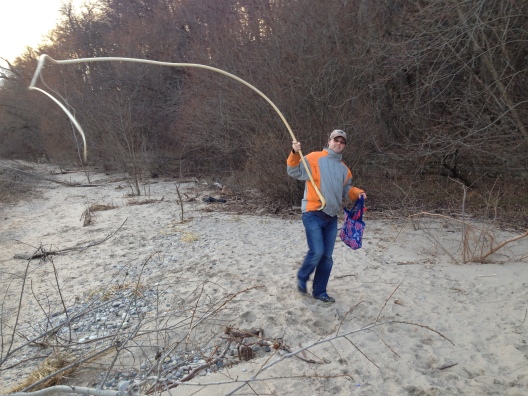 The clouds were perfect; my family even more so. We laughed; we were at ease; there was much smiling and simple pleasure, and always love. 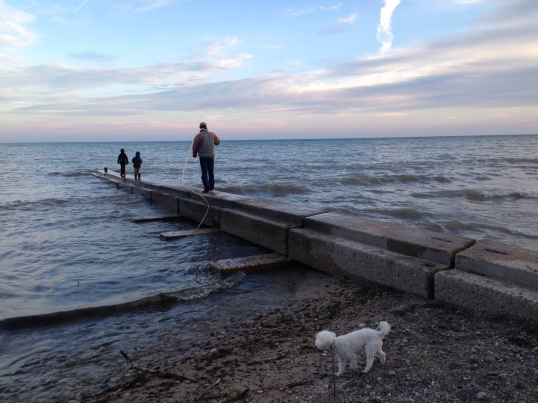 If there’s such a thing as a perfect day, today was it.